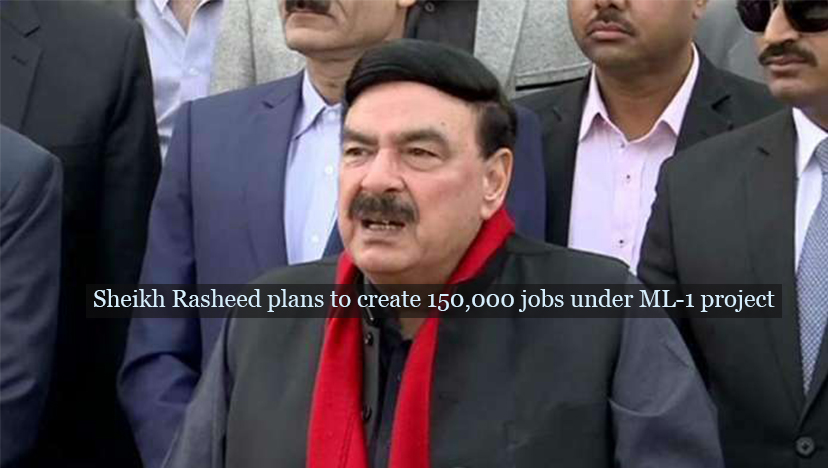 Sheikh Rasheed the minister for Pakistan railways while admitting to the fact that inflation does increase in this government’s time assured that the situation will soon get better. People will get to enjoy the perks life again with ease and will be able to find jobs for them. While talking to the media, Sheik Rasheed reiterated that he’s in talks with the Chinese government on the ML-1 project and the project will possibly create 150,000 jobs.

Now, if one thinks about the estimated figures given out then that is quite a number. Sheikh Rasheed further said that Prime Minister Imran Khan will sign the project this month and then the work will start on the project. The jobs will be given out then and it will add to in curb the rising unemployment in the country. He further explained the media with the actions he has taken to change the view of the Pakistan Railways and how jobs will be advertised and given out to the deserving ones and the ones who meet the set merit.

The project is multi billion and comes in a bid to reduce the size of the strategically important scheme and to complete it in three phases. He claimed that he will step down if he won’t be able to give out 150,000 jobs to people after the completion of the project. He further explained that besides this project, the government will soon start a nursing hospital in Rawalpindi because the city needs that.

He vowed to donate his assets for Fatima Jinnah university and how the government will soon start new projects in Rawalpindi. All of these can be a political statement as the Ministers like to reassure the people that they are working for their betterment. A few weeks back, Faisal Wavda also made some same claims about the creation of thousands of jobs in two, three weeks span. The institutions have to work and know the ground realities and the figures addressing the condition of employment opportunities in the country. These Ministers don’t have those facts check and make claims on the talk shows and media conferences of employment opportunities. It would be better if they work in their assigned departments with the same enthusiasm that they show while making such absurd claims.

The situation will take time to get better as the country is in extreme in debt but one should still be hopeful.