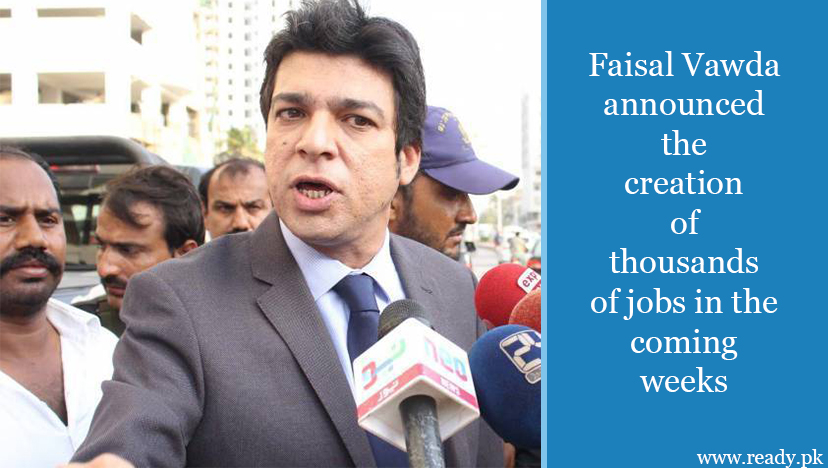 Minister for electricity and water resources announced in a talk show yesterday that people must bear the inflation for some time, but they will hear of the e good news after 4-5 weeks. On inquiring, he replied that there will be thousands of jobs for people in almost every department in the coming weeks. If we keep his stance in mind then the question arises, what are the basis of such a claim? It’s not something casual and every sane person will have some reasons at the back od his head before making such claims

Hamid Mir, the anchorperson of the show asked him that what kind of jobs that will be and how he’s so sure? Faisal Vawda said: ‘People might take it as a joke, but I am serious here”. Those jobs will be ranging from electricity department to textiles to industries and to the rest of the areas where there have been complaints of less job opportunities, there will be a lot in a couple of weeks.

If the statement is taken as a sensible one e rather than a sensational one then that is great keeping in view the increase in taxes, the inflation that is affecting the common man and the devalue of rupee. The economy was in such a bad state that it wouldn’t have been possible for anyone to redirect it to the right path in months. It would have taken years to fully make it grow and stand on its own and it will take time to recover from the debt and misinformed policies of years.

Most of the times, ministers give out misinformed, sensational political news just to catch some attention. In talk shows, they are in competition with the opponent and they must prove the other person wrong. They can quote figures wrong, give out news that is not entirely true or make any false in the heat of the moment. The same question was asked by Hamid Mir that what if nothing of this sought happens after 4-5 weeks? The response was that then ‘You can butcher me’. This is not practical, so it would be wise of the people to not make such speculations and predictions out of this news. If there is something which will benefit people in terms of employment and help curb inflation and increasing prices of everything then it will be beneficial to our country and its people.

Keeping this in mind, the media should report sensibly as people start to believe that things will start to change after few days and it will only result in disappointment if nothing happen of that sort. Political representatives should also try to make informed claims, for which they have data to provide because we should be driven by logic not by words. The world is changing and one of major problems is spread of false, fabricated and misinformed news which not only creates chaos but also yields negativity.