Here you can get latest Govt jobs in all Govt department 2023. Find Sindh police jobs and no.of vacancies available. 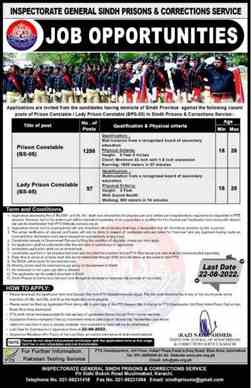 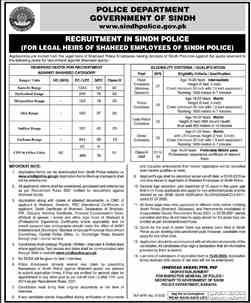 For complete details of company overview you can visit sindh police department at www.sindhpolice.gov.pk. Search jobs 2023 sindh police ssu jobs 2023 from all Newspapers. Also have a look for ig sindh police contact number on official website. Sindh police jobs 2023 hyderabad asi with advertisements. For these jobs it is required sindh police written test for different jobs/Positions/Vacancies. For jobs/Careers in different fields or scales in Sindh Police Department. View and match eligibility criteria with requirments given on the Ad. All eligible and interested candidates are invited to join Sindh Police. Pakistan Sindh Police department was established by British Indian Government in 1860. This Police department has Special Security Unit (SSU) team, jobs of this positions are also announced. Sindh Police is working with full honesty and hardworking to make their area most projected and crime free. You can join Police of Sindh as a male and female and Fresh/Graduates. For upcoming career plans and jobs vacancies will update/upload here just after the official announcements.

Two major Police formation are exist under Sindh Province Police one of them is Sindh Police Formation which is district wise and the other one is Karachi Range Formation. You can view all police stations with their address on site. Also you can check Inspector General of Police/PPO, Sindh name list with their ruling duration.To view other jobs visit ready.pk. 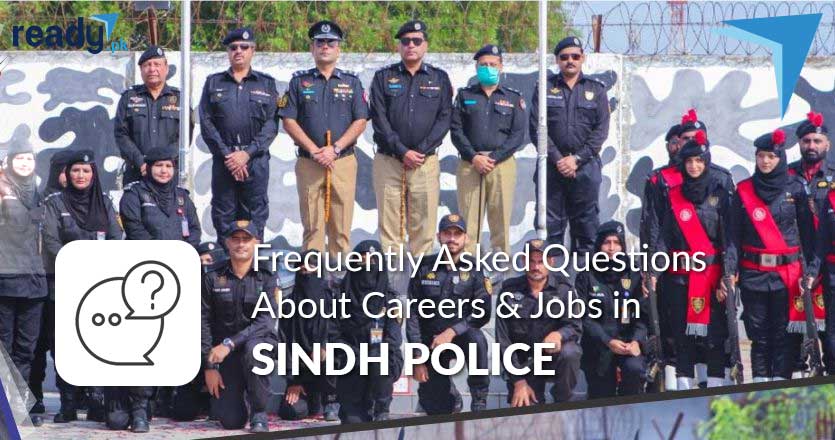 Ans: In order to join the Police force of Sindh, the candidates have to appear in the screening test conducted by the authorities. Initially, physical test is held to check the fitness of the candidates and later on the written test will be commenced. Moreover, the candidates can also join the police force after clearing the civil services examination. And become the officer of 17 grades or above.

Ans: After the promotion, the rank of Additional Superintendent of Police (SP) will be awarded. Moreover, the pay of the police officer also increases with the grade.

Ans: The Inspector General is considered as the highest police force rank in Sindh police An IGP is in charge of provincial and administrative police and fulfills its duties establishment and serves the nation. This rank has also a civil service grade of BPS 21 or BPS 22, making it a three-star appointment.

Ans: The candidate who wants to become the DSP must have to appear in the test conducted by the authorities. The candidates after passing the exams have to undergo the necessary training to be posted as DSP.

Ans: After the completion of the necessary training the officers are awarded the assistant superintendent and after warning the stars to become Superintendent of Police and then sent to perform their duties.

Ans: Following are the powers of the DSP that he/she must be fulfilled in order to perform the duty.

Ans: A candidate should have graduated in any discipline with at least 50% marks from any recognized educational institutes. Moreover, it is informed to the candidates that after the completion of the intermediate they will be not qualified to become the SHO in the Sindh police department.

Ans: Following are the senior ranks in the Sindh police.