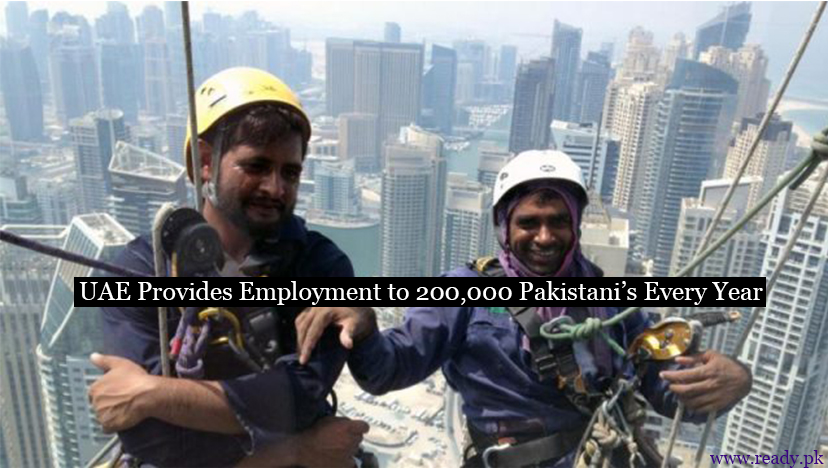 UAE has been a friend of Pakistan and every year thousands of people go to UAE to find jobs. Unemployment is on its rise and countries like UAE and Saudi Arabia needs labor and people get jobs this way. The remittances sent back to Pakistan by the people working in the UAE helps our economy and foreign currency is in need these days. These overseas Pakistani’s are the true asset of Pakistan and are supporting Pakistan through thick and thin. Every year almost 200,000 people get hired by the UAE companies and support their whole family by sending money back home. These Pakistani’s face the hardest of times there and are forced out of needs to work abroad and stay away from their families.

Most of the people abroad don’t enjoy white collar jobs but work as labor. They often find themselves in situations where they need the help of the government to get themselves out of it. The overseas Pakistani’s often complain about the behavior of the government towards them and how the government never owns them and come to their rescue. If they have had the opportunity to get jobs in Pakistan, why would they go abroad to be away from their families and work?

A few weeks back, when the Saudi Prince Muhammad Bin Salman came on a business visit to Pakistan, the Prime Minister of Pakistan in the joint press conference made a plea to the prince to release Pakistani prisoners in the Saudi jails. He said those are poor people who went there to get jobs and earn for their families and most of them are caught in very minor crimes. They don’t have the resources to fight their cases and are spending their lives in jails whereas their families are suffering here in Pakistan.

Prince Salman assured the Prime Minister that those Pakistani citizens will be released and sent back to Pakistan which is exemplary of him, but the issue is of the negligence at the part of the previous governments. They never made any policies regarding those poor people who have been in misery for years now. There are no policies to assist overseas Pakistani’s and even their right to vote was a dispute till the time supreme court ordered to have them vote online.

States own their people and support them abroad rather than making their life difficult. It is a failure at the governments end that those 200,000 people must go to UAE and other countries to earn a living as they couldn’t find a job here. It is not to say that working in an international country is against your own country but if someone doesn’t have a choice and must work there out of necessity then that’s a problem. The government should facilitate overseas Pakistani’s as they are helping the economy to sustain, donate money for charitable causes and are serving Pakistan abroad. These jobs should be made easier for them by holding talks with the countries who are offering these jobs.