Transgenders to get jobs in Sindh Police 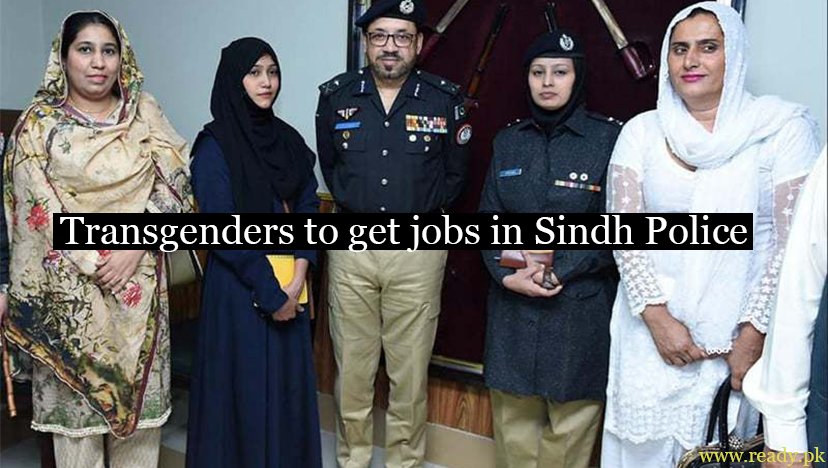 Transgenders to get jobs in Sindh Police

Everyone deserves the basic rights entitled to them and those rights should be made accessible and reachable for the communities irrespective of their sexual orientation, color, caste, creed or any other worldly created differences. The provision of these fundamental rights should be to all and the responsible persons and governments should work in order to make it possible for everyone to live and prosper to the fullest of their abilities. Having said this, the world is not as fair as it preaches to be. There is certainly prevalent discrimination against other gender and gender-based discrimination is very common.

Transgenders and their rights are and have been ignored for years. The recent movements to legalize gay rights and of equality for all have proved to be really helpful in changing the stereotypes attached to the topic. Pakistan is a country where there shouldn’t be any difference made on these things as it is clearly written in the constitution and also the religion doesn’t allow to treat someone badly because of their sexual orientation. Recently there has been the start of debate on this issue and how transgenders should be educated and made part of the mainstream.

Transgender right bill was approved in the parliament and then transgenders were given national identity cards and the right to vote. This has proved to be the ice breaker and now the discussion has gone to the subject of their education and jobs. Their education and jobs will not only help them stand on their own but will also help the society to grow in an inclusive way. The verbal misconduct intended towards them, the general misbehavior of the public, sexual assault and harassment are all condemnable but these things are so common in the society that no one takes them seriously. The need of the hour is to educate people on how to treat them as equals, to give them the due respect and start calling them by their names not name-shame them.

Transgenders have been on a roll in the past year and this year. There are successful transgender models, the inauguration of a school to educate them and also the inclusion of them in other sectors makes one happy to the core but this shouldn’t be taken at the end. This is just a start of giving them the rights that they rightfully own and it was negligence on our part to ignore it for years. The society is also to be blamed alongside the authorities to not take highlight this issue.

Sindh Police has recently announced that they will be recruiting transgenders and what a good gesture. There should be jobs for them like any other citizen in every department. They should be allowed to choose what they want to do without having the fear of judgment and being called as outcasts. This needs to be appreciated and carried out in other fields as well. This gives hope and the light shouldn’t just go away.