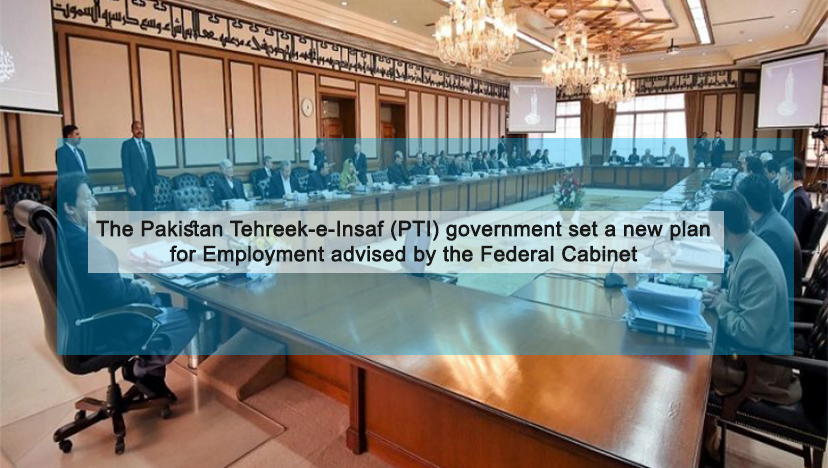 As we know that the gap in employment is not as easy as it looks like. Government is making more plans to create more opportunities at all levels. To fill employment vacancies in the departments of Establishment Division from the rank of scale one to scale 15. This idea was produced by the federal cabinet in Islamabad.

It is also known that these employment process for first grades will not have any political impact in the creating and processing of recruitment, informed by source. On the other hand, from the 6th to 15th scale, jobs employment recruitment process, there will be a testing system by Govt or other testing systems. These agencies will not be engaged directly but it will be the process according to already described rules.

These all the new announcements and decisions are made in Islamabad federal cabinet meeting which was placed on the 17th of April. Firstly, the Establishment Division has shown the image of their plan through the presentation. These slides were presented to the federal cabinet for hiring campaign and testing agencies selection.

PTI Government had announced about employment on a large scale for youth even before the ruling government. So many expectations and eyes are on the present administration. However, everyone has noticed that the promise of producing 10 million jobs have not fulfilled right now even after the rule of 8 months. The rate of economy and currency have not as increased as it was planned.

But this meeting has highly appreciated by federal cabinet meeting. This will be a great step for the government in order to show the actions of their words. Unemployment will reduce by providing millions of vacancies.

United Nations Development Programme (UNDP) has declared in one of their reports that with an estimate Pakistan needs 1.3 million job opportunities to fill this gap which people of Pakistan is facing right now.

With the other side of the picture, the people of Pakistan should show patience in order to get jobs, cause this issue is not a new thing. We have been suffering this from years. It is time-consuming to produce 3.5 million jobs at once within days. This time, hope and patience matter will be resolved.

With one of the famous reports of UNDP, we require almost 4.8 million jobs locally in private and government departments for fresh, graduates, MPhil and Ph.D. holders. These number will come out the promise of employment problem in Pakistan which will ultimately increase the economy and lifestyle of people.

You can also view daily Government jobs and vacancies details, advertisement, application form a link to download for the different department on this website. Federal government jobs, Punjab government job, Sindh and Baluchistan government jobs list the from daily Newspaper are present on this site. Pakistan’s number one portal for all announcement of jobs is ready.pk. We have developed to resolve your problem for searching jobs on a different platform. So here is the solution to your problem. As soon as the government will publish any jobs in any govt department, we will surely upload it from every professional and scale.