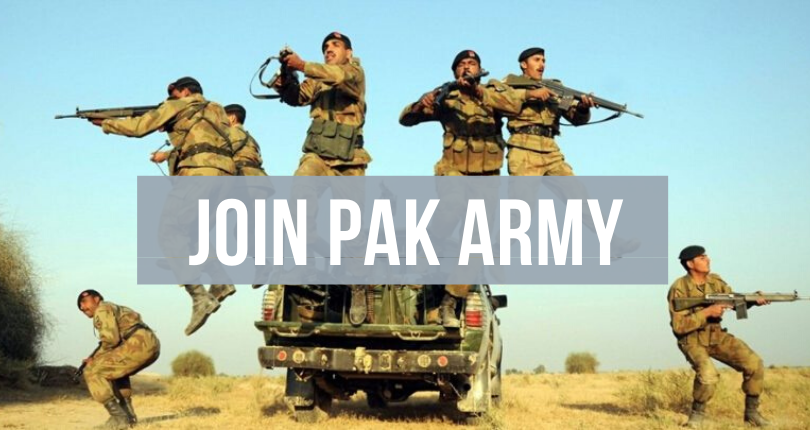 PMA (Pakistan Military Academy) is one of the most high ranking defense academies of the country. This is also known as PMA Kakul. This academy is situated in a small area of Kakul near Abbottabad, KPK. This academy provides training to Officers which later on serve for Pakistan army and other Allied countries. This academy is the best way to Join Pak Army.

This course has a period of two years. Further, this 2 year period is divided into 4 semesters of 6 months. This course provides multiple jobs in Pak army every year. After the training of two years, the cadet who passed the training examination is recruited in army as 2nd lieutenant.

How to Apply for PMA long course

To Join PMA there is a simple procedure that candidates have to follow to apply for Pak army jobs by PMA.

There is a proper procedure if you want to join Pak army through PMA long courses. This procedure starts with a primarily written test that you guys have to pass an intelligence test which is based on 100 MCQs questions. This Intelligence test is based on various regular subjects like English, General Knowledge Test, Islamiyat, Pak-study and Math. After getting passed from this test you guys will have to go through a specific physical test.

After that, the candidates have to go through a Personal interview and only selected candidates from that interview will be allowed to appear in ISSB exams.

So, here are all the details that you guys need to know about PMA long course and its recruitment procedure. Other than that on our website you will be able to find out other Pak army jobs that suit your qualifications. You guys just need to look out for them and the application for them according to the given information. Ready.pk is Pakistan one of the biggest Online Government jobs hunting platforms where you guys can easily lookout for the latest jobs in the Pak army. Keep yourself updated with Ready.pk