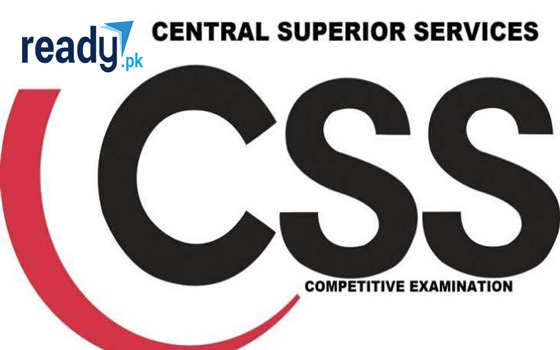 The candidate who qualifies in the written test must secure at least 40% marks in the compulsory subjects. In any of the optional subjects, the candidate must secure more than 33% marks. However, the candidate must have 50% marks in the Aggregate. By following these criteria the candidate will only be eligible to appear for further medical examination along with physical test and Psychological Assessment. It is compulsory for all candidates to pass the written test in order to proceed with the further process including Medical Examination, Psychological Assessment.

The applicant must have an age limit of 21 years to 30 years maximum. However, 2 years of age relaxation will be given to the candidate having scheduled Caste or Buddhist Community along with the applicants who belong to recognized Tribes, Permanent Residents of AJK and Gilgit Baltistan, disabled in Service Government Servants, Armed Forces Personnel, and Contract Employees.

The education criteria for CSS is that the candidate must have at least a second division or Grade “C” in a Bachelor’s degree of Pakistani or of a foreign University recognized by Higher Education Commission, Pakistan.

The applicant must be a citizen of Pakistan or the State of Jammu and Azad Kashmir. In case of a person who is married to a person holding Pakistani nationality will not be allowed to appear in CSS examination.

Applicants who are applying on Provincial/Regional Quotas are ought to submit the domicile certificate of the respective region.

Al interested candidates who have applied for the upcoming CSS exam are informed that the Federal Public Service Commission of Pakistan (FPSC) has recently announced Central Superior Service (CSS) examination datesheet on 31st December 2019. The Competitive examination session is going to start from Wednesday 12th February 2020. 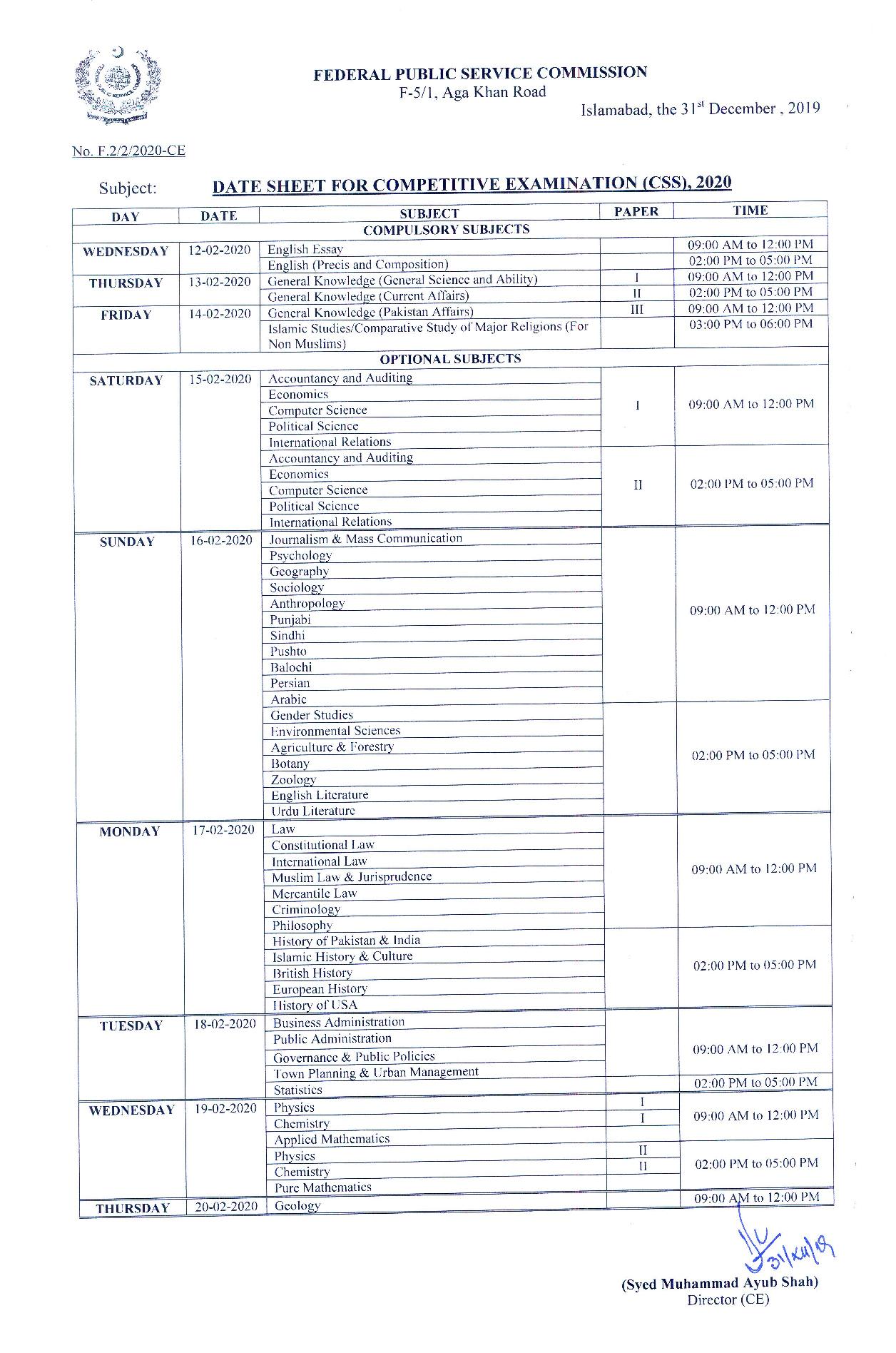 All candidates must carefully select their written examination‘s centre. Once the test centre selected by the candidate he will not be able to change it in any case unless allowed by the Commission or a committee thereof on an application made in this behalf by the candidate.