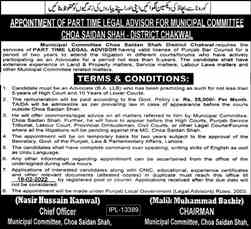 Municipal Committee Choa Saidan Shah District Chakwal requires the services of PART TIME LEGAL ADVISOR having valid license of Punjab Bar Council for a period of two years to attend the litigation in different courts/forums who have actively participating as an Advocate for a period not less than 5-years. The candidate shall have extensive experience in Land & Property matters, Service matters. Labour Laws matters and other Municipal Committee related matters. 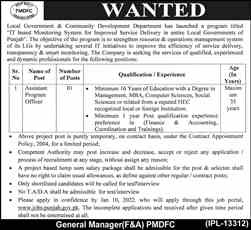 Local Government & Community Development Department has launched a program titled "IT based Monitoring System for Improved Service Delivery in entire Local Governments of Punjab". The objective of the program is to strengthen resource & operations management system of its LGs by undertaking several IT initiatives to improve the efficiency of service delivery, transparency & smart monitoring. The Company is seeking the services of qualified, experienced and dynamic professionals for the following positions: 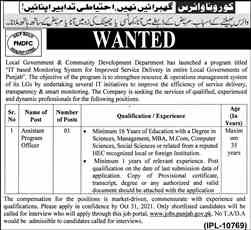 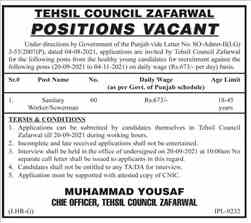 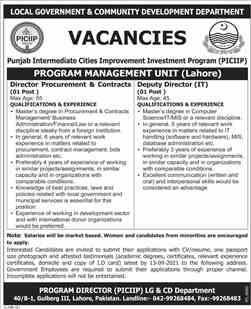