All latest government jobs in Mardan 2020 in today newspapers

Jobs in Mardan city in KPK government. Check the Latest Vacancies list of all Mardan jobs in government at one place. View Latest jobs in Mardan in all fields and for all posts like govt jobs for Engineering. Government Banks jobs, IT jobs, Medical Jobs, Health Department jobs, Teaching Jobs for fresh and Greducates and also for male and females. Check now Government Jobs · FPSC Jobs · PPSC Jobs · Join Pak Army · Police Jobs · Wapda Jobs . Search and apply online for Jobs in Mardan from all Newspaper of Pakistan, you can easily see the Latest Mardan Jobs Advertisement 2020.

Jobs in From Various Departments & Companies

Have a job question?

Are you worried about your career or having problem finding a job? Provide your details and ask your question here. We’ll try to provide you guidance. 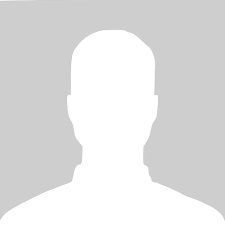 manan any job for physiotherapist in civil hospital pirmahal
Like
Reply

Azeem F.sc based jobs and their preparaion is basically problem for me. Please send me something who helpful for in the preparation of any job test
Like
Reply (1)
H
Hunain mainy matrice kri Hui hai job ki zarurat h
Like
X

To post your question, you must be a member at ready.pk

If you are an existing member, click on Login button

If you are a new user, click on Register button

Provide some more details about your job question for a better answer.

There is an app for you.

Ready.pk is proud to serve you on the web. At the same time, we are committed to provide you the best experience on your mobile phone. Try out these quality apps from ilmkidunya

Back To Login
Next
New Member? Register Now
X