All Latest Jobs in Federal Shariat Court of Pakistan 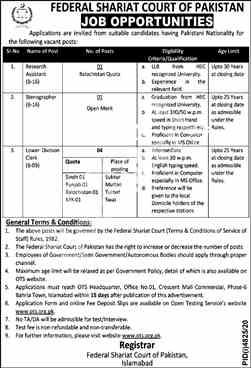 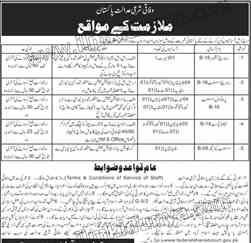 The Federal Shariat Court Pakistan was established in 1980 and it's main objective is having authority to examine whether the laws which implemented on country are according to the Islamic Shari'a and the building of this court are located at Capital of Pakistan. The court consist of specific judges which are directly assigned by supreme court of Pakistan and decisions are appealed also in supreme court. The selection of judges can be decided by High court government of Pakistan and their working period are same which extended by the president if require.

If any appeal regarding the against of this court then its decisions lie to supreme court of Pakistan, which consist of judges and Ulema both appointed by the president of Pakistan. If any law is declared against of Islamic point then government take specific require procedure for amend such law appropriately.